Today was the first day of school here in Northport. AAA continued its long-standing tradition of "School's Open, Drive Carefully" bumper stickers, posters, and other paraphernalia. One local resident also continued a tradition of his own, erecting this in his driveway: 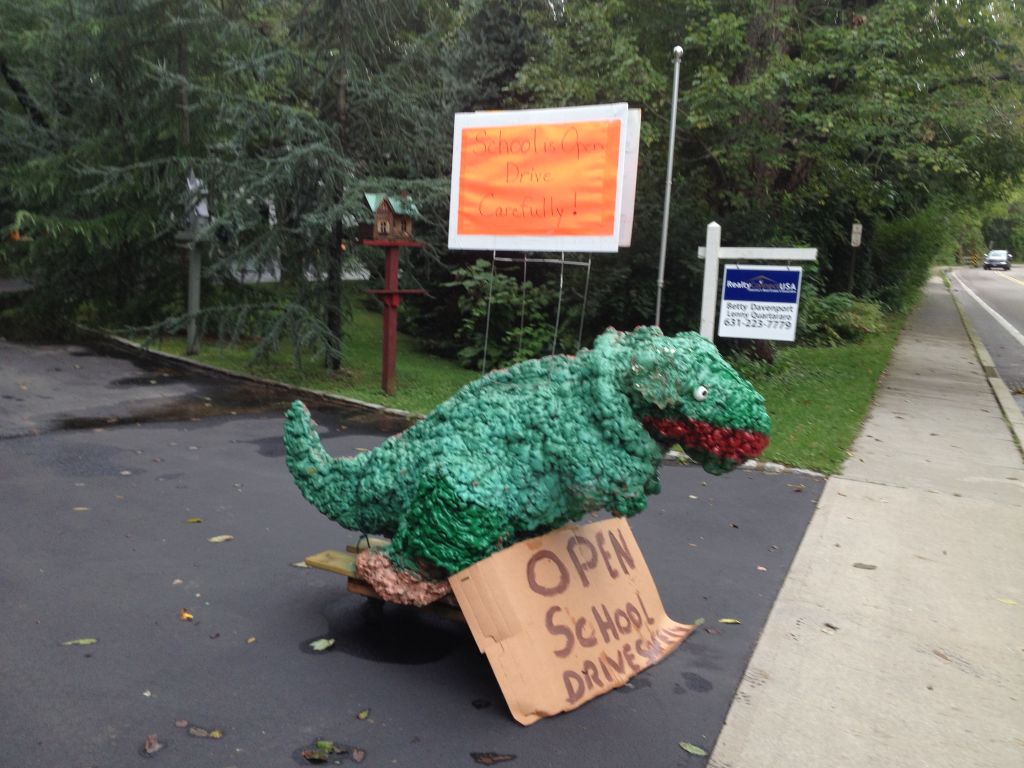 You know what doesn't help people to drive safely? Distracting them by putting a huge  dinosaur where they can't miss it! Nor is the cause aided by later removing the signs from said animal's back and replacing them with a giant red backpack, as I later observed while driving past. It's even less of a good idea to do this along a stretch of road that's prone to accidents, on a piece of property whose front lawn is adorned with ornaments straight out of The Wizard of Oz, among other things.

I'm not disputing that the responsibility to stay focused remains entirely with the driver. But if you want to put across an important message like this, you best use a means that doesn't directly undermine it. I've seen this same resident stick out a sign that says simply, "Drive Like Your Kids Live Here." That has the same positive effects without taking drivers' attention from where it should be - getting their vehicle through that curve without incident.

(UPDATE, September 6: Here's the dinosaur with the red backpack.) 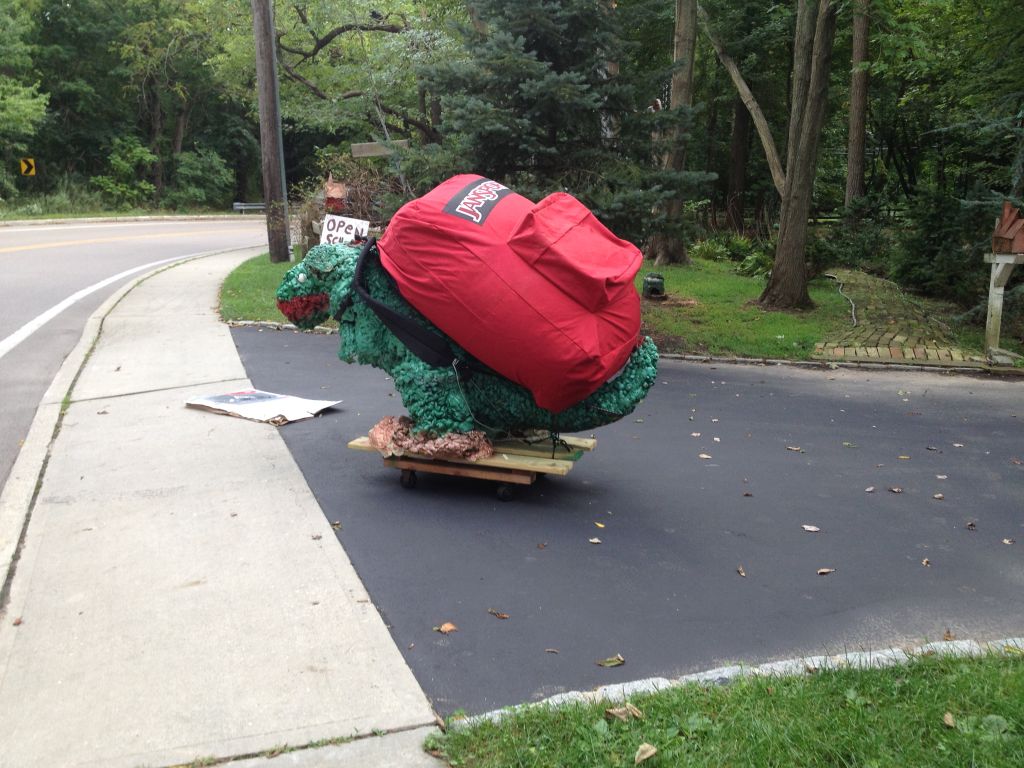