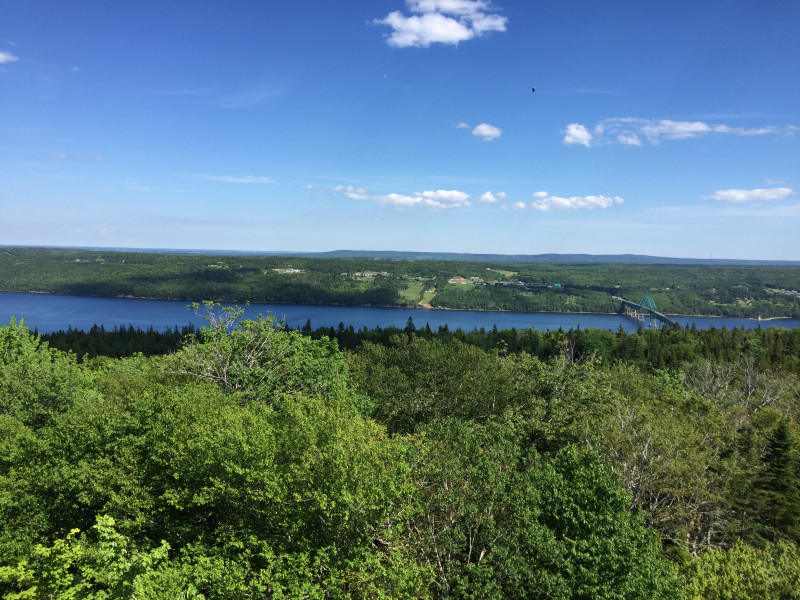 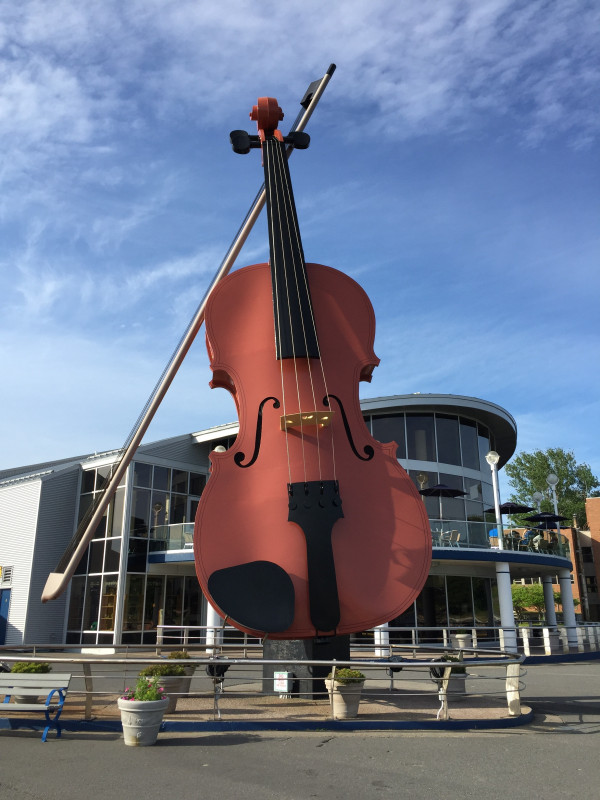 Upon touchdown at YHZ, I knew exactly where I intended to go (Sydney) and exactly how I intended to get there (TCH 104 and 105). But actually getting there? Easier said than done. No problem getting the rental car for the second half of the trip, but about an hour into the run to the far coast of Cape Breton Island, I ran into massive problems of fatigue - no doubt stemming from the red-eye from Alberta. I had to take a stop for rest in New Glasgow, and had to pop a 5-Hour Energy during one of the numerous stops for photos on the way. But Sydney was reached, more pictures were taken, and more revelry was enjoyed. Wednesday was, in a sense, "history day." I used the Canada 150 Discovery Pass that I'd obtained for free before I flew north to tour two National Historic Sites of Canada. First, the Fortress of Louisbourg, site of one of the key battles between the British and the French during the Seven Years' War, and a great example of historic preservation and restoration. I then went across to the Alexander Graham Bell NHS. A visit here was something I regretted not having the chance to fit in back in 2016. The Discovery Pass may have gotten me in for free, but paying for a guided presentation on Bell's life, and his impact on Cape Breton, was well worth the few Canadian dollars I paid for it. That night concluded rather peacefully - good beer, good pizza, good #JeopardyLivePanel, and then good sleep. Thursday was Cabot Trail Day 2017. Suffice to say, it was just about as good as the equivalent day the year prior. The weather patterns, on the other hand, were more than a mixed bag; while the rain held off for most of my journey across the Highlands, the skies totally opened up simultaneously with my arrival to Port Hawkesbury. I stayed in the very same hotel as in 2016; while the quality of the lodging was slightly better than my last visit, it was still about what I expected for the money. 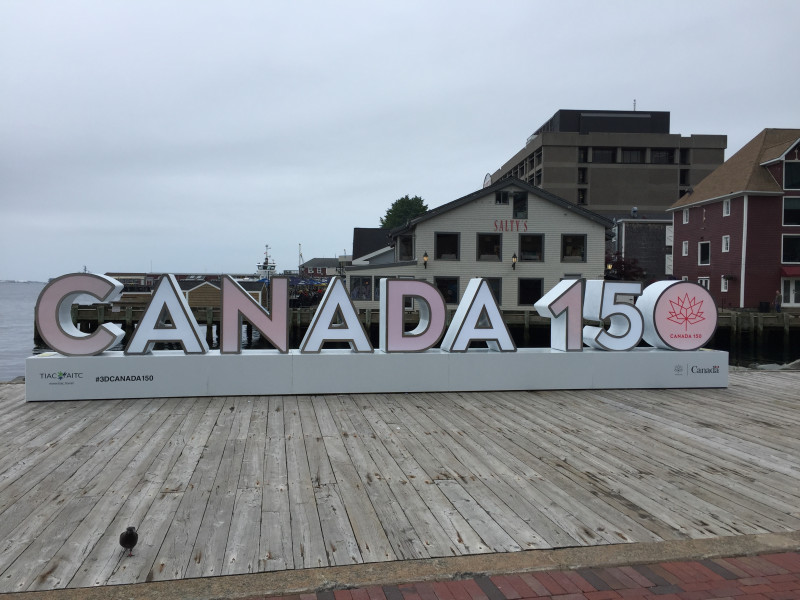 I took a bit of a meandering route to Halifax the next day, heading first for Oak Island. I didn't tour the interpretive centre there, for the visit was driven by an entirely different motivating factor - making my brother jealous. I've mentioned before that he's a big History Channel junkie; when I texted him the photographic evidence that I'd indeed set foot on Oak Island, it evoked the intended reaction. I continued on to Peggy’s Cove for some photos. The lighthouse there is one of the most photographed locations in all of Canada; it wasn’t until after returning to the United States that I learned that inside the lighthouse is an active Canada Post outlet. Had I been aware of that at the time I was there, I might have sent a postcard or two. I then made my way down to the peninsula, checked into the hotel, and grabbed dinner. Having eaten at the Gahan House in Charlottetown nine months prior, I didn’t expect their location on the Halifax waterfront to disappoint, and the beer and the fish and chips met expectations. I can’t recall the second of the two beers I had, but the first was one most appropriately named for the Canada 150 occasion - Sir John A’s Honey Wheat Ale. (Sir John A. Macdonald was the first Prime Minister of Canada, and one of the prime movers behind Confederation, if not the driving force.) I followed that up with a long, fun night at Durty Nelly's... 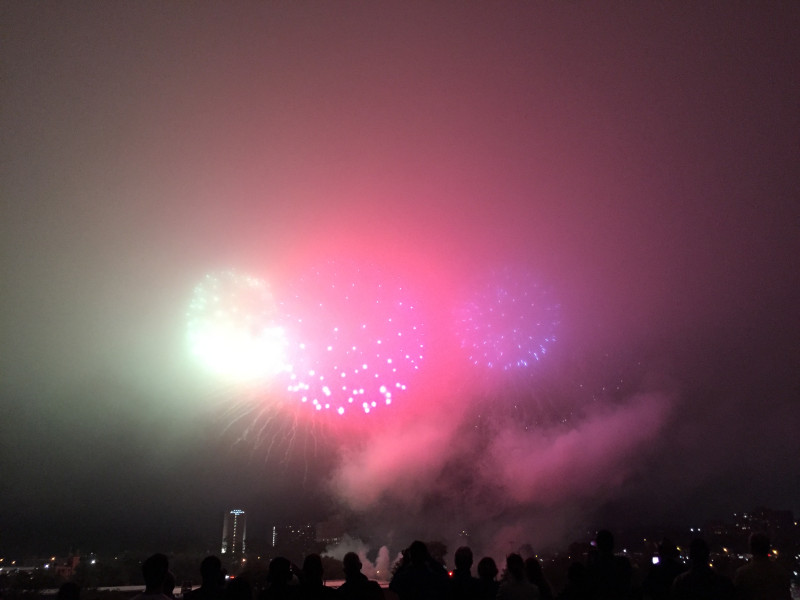 ... perhaps it was too long, because it was rough getting out of bed the next morning, and I had energy to do little else besides just walk around and take in the waterfront. But hey, sometimes that can be more than enough. The evening was punctuated by a walk to the top of Citadel Hill to catch the fireworks. This was a wisely chosen location, as it afforded me outstanding views of the pyrotechnical spectacle, while sparing me the unpleasantness of being amongst the crowds taking in the concert that was held down on the Halifax Commons. I thought about heading to a bar afterward, but settled on taking in the “main” fireworks presentation on Parliament Hill in Ottawa via the CBC. 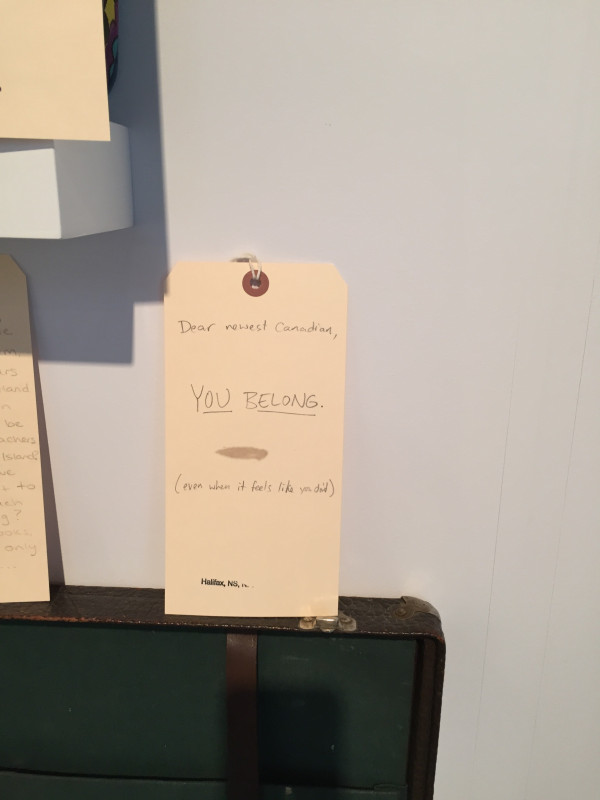 Sunday, the final full day north of the border, featured visits to two museums. The Canadian Museum of Immigration at Pier 21 was one of the most poignant things I’ve experienced in some time. I had a great guided tour through many of the displays, but the one truly memorable exhibit was titled “Canada: Day 1.” It was particularly moving for a most unfortunate reason - the juxtaposition against the restrictionist rhetoric from so many prominent politicians in this country and the wrongheaded turn on policy they seek. The stories of Canada welcoming and embracing the world, and especially the refugees who can perhaps benefit the most from resettlement in the West, were incredibly heartwarming - and nearly moved me to tears. After that, it was the Maritime Museum of the Atlantic, which featured “Collision in the Narrows,” dedicated to the centennial of the Halifax Explosion, which claimed nearly two thousand lives on December 6, 1917. The CBC has an awesome interactive exhibit that captures the scope of the devastation - a scope that, fortunately, was matched by he scope of the response. Among the communities answering that call was the City of Boston; this generosity is recognized annually by Nova Scotia supplying Boston with its official Christmas tree. That tree is a wonderful reminder of the deep and enduring bond between not only two great cities, but our two great countries - a bond that, despite the strains being placed upon it across the NAFTA negotiating table, shall endure for a long time to come.

I did make quick jaunts to the Halifax Citadel and the Public Gardens later that evening, as well as a stop for souvenirs, which included a mason jar-style drinking glass that has been my go-to vessel for imbibing at home ever since. It not only was the most worthwhile thing I purchased on this trip, it's one of the most worthwhile things I’ve purchased in quite some time. There was also, for the second time that weekend, ice cream from Cows. The flight home the next day was without incident. For the third time in a week and a half, I saw the inside of Pearson; I am thinking that later this year, I might make an excursion to check out more of the GTA, somewhere I haven’t visited since a high school band trip in 1996, if my memory has things right. It might also include a visit to Ottawa, a place that comes highly recommended from my Canadian friends, and a city to which I’ve never been. While trips to Canada might not become quite an annual tradition, I will guarantee that going forward, they will be made more frequently than prior to 2016...