One ever-present memory from the 1990s was my family's camping trips to Vermont - sans my Dad, who quite preferred his golfing trips to Ocean City and/or South Carolina and/or Scotland. The rest of us made our way to the Green Mountain State just about every summer for between one and two weeks in a lean-to. After the summer preceding my senior year of high school, my mom and brother might have made one or two more trips. But that 1998 trip was my last, and was it a doozy. My mom being the traffic-averse person she was, she insisted on a departure at 5:00 am on Sunday - less than twelve hours after I'd returned home from what my high school officially called "Summer Music Clinic" at the now-defunct LIU Southampton; to translate that last bit for the rest of you, "five days of band camp." The short turnaround quite begrudged me, and my recollection is that my brother was also none too pleased. The combined effect of how we felt was to leave the trip cut short by multiple days, both of us having exhausted our mental energy.

My travels with the Big Red Marching and Pep Bands brought me to and through Vermont on multiple occasions over the next few years. By "through," I mean "on the way to Dartmouth," occasionally with overnight stays in White River Junction. And by "to," I'm referencing Gutterson Field House in Burlington - which was, during my first undergraduate stint, a member of the ECAC Hockey League. The Catamounts were also just coming off an infamous hazing scandal in my freshman year, one of sufficient gravity to cause UVM's president to levy the death penalty on the team's season. "Baby Elephant Walk" figured prominently in our repertoire in the years immediately following.

I must admit that I'd only occasionally given thought to Vermont in the intervening decade and a half. Until... I took some time off from work, time that I didn't otherwise have plans for. But the thought of that particular slice of my past gradually rang louder and louder in my mind - until about 4:30 on the afternoon of August 28, at which time I booked a room at the Best Western in Bennington - and about five minutes later, I loaded a suitcase into the back of the Jeep and took off. Five and a half hours later, I'd reached the jumping off point for two most amazing days.


From Bennington the next morning, I made my way first to the Vermont Country Store, timing a stop in Manchester to ensure I wouldn't arrive before it opened. I spent a not insignificant amount of time browsing, which led to purchases of a glass that sits in my cabinet, a bottle of hand soap at my bathroom sink, a calendar on the wall just over my left shoulder, and a sweatshirt that I'm wearing as I'm typing this. Pretty good bang for the buck, I'd say. Next stop: Killington. Our family didn't go near it when we came up here two decades ago... but for one, I wanted to see it, and for two, it had the Beast Coaster - next best thing to the Alpine Slide that Pico retired in 2011. I paid for one lift trip up and one ride down, and boy, did that ever take me back. 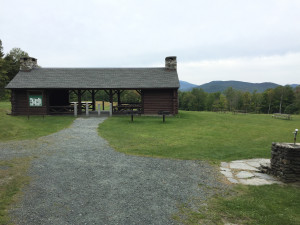 Having satisfied that urge, I drove down US 4 to Long Trail Brewing Company. When last I was in Vermont with my family, not only was I not old enough to drink, I had no desire to. Both those premises are no longer true, and I happily indulged myself at the restaurant adjacent to the brewery. Long Trail is at the corner of US 4 and VT 100A, and it was down the latter that I was compelled to point the car after lunch. First, briefly, to the Coolidge State Historic Site. And then, not nearly as briefly, to Coolidge State Park, site of so many of those camping stays I mentioned back at the top. I hiked the trails, and basked in the natural beauty. Once that respite was done, I employed 21st century technology to plan my next move. Stay down here near Rutland, or move further up the state to pre-position myself for Wednesday? The latter course was chosen, and so I made my way to Montpelier. Not much to say about that except that stopping near the state capitol was most helpful in Final Jeopardy! two and a half months later - and that I think Austin Rogers would've enjoyed Positive Pie, and I wish I'd had the chance to recommend it to him. 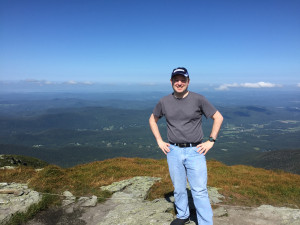 Wednesday. A lot to do, especially without the safety net of a hotel reservation on the back end. First up was the Mount Mansfield Toll Road, payment of the toll for which was money quite well spent. It got me within striking distance of the highest point in Vermont, and a hike of forty minutes or so put my feet upon that summit. I can't lay claim to being the first to the peak that day - just before reaching the top, I passed someone repainting the Long Trail's blazes. I was joined not long after by a father-son team, and so I got photos of myself atop the summit without having to hold the phone in my hand. After coming back down, it was on to a trio of Waterbury sites: Cold Hollow Cider Mill, Not Cows Ben & Jerry's (just a stop at the store, not a full factory tour), and the Cabot Creamery Annex store. From there, I pointed the Jeep northward on I-89 toward Burlington; I did manage to get a few shots at Gutterson. Further on through to US 2, upward through the Lake Champlain Islands (where the family also camped a few times), all the way up to Alburg... 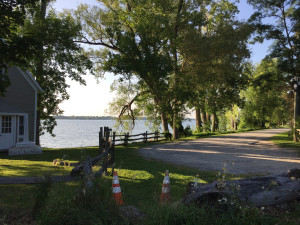 ...and this is where it got a bit dicey, though I wouldn't have had it any other way. Having looked at Google Maps, I knew I could get basically right up to the International Boundary on this trip. I did so, bringing the Jeep near the intersection of Line Road and Chemin du Bord-de-l'Eau Sud... that is, where they would intersect, if not for a certain demarcation running between them. And I was acutely aware that I shouldn't even risk crossing that demarcation, having discovered earlier in the day that my passport was back home in Pennsylvania, and having noticed cameras conspicuously placed overhead. I made my way back to US 2, at which point I had to take fuel; long drive back down the Northway ahead. As I pulled up to the gas station, I noticed a vehicle with a particular livery - one reminiscent of a livery I'd noticed on Imperial Beach in 2009. The tank was filled, and I prepared to turn right to cross back into New York State - at which point I saw the Border Patrol vehicle move. I initially made that right turn and pulled over, thinking I was about to have a potentially wide-ranging chat with the Federales. But they didn't pursue, I crossed the Richelieu, and the next two hours were without incident... 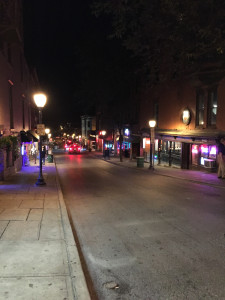 ...but I was hungry, and I have to admit that my mind might have been overriding my body here. I knew that between Champlain and Albany, there was one stopping point on the Northway that I'd have trouble resisting - Exit 15N, US 9/NY 50, Saratoga Springs. 15N is the exit for the big-box stores, ones I recognized on sight at the bottom of the ramp. Fast food was eaten, and a question was confronted and answered: "It's been eight years. When will you be back... can you afford NOT to detour downtown?" And so I did. I parked on a side street and walked Caroline Street and Broadway. The activity level - to my mind, unusually high for a Wednesday evening - puzzled me until I realized that for the first time in my life, I was in Saratoga Springs "in season" - that is, during the six weeks of the Race Course's season that sustain the city and the area for the other forty-six weeks. Memories were recalled - not only those of prototype in 2005, but of visiting my former roommate and most esteemed colleague J. Raymond in 2009 on the night the King of Pop died, and we had to process that fact.

There were four and a half more hours of driving; the struggle was real, but it was overcome. I managed to guide my vehicle and the attendant cargo safely back to the plot of land I'd purchased eight months previously. The twelve pack from Von Trapp and block of Cabot Vintage Choice cheddar have long since been consumed. The bottle of maple syrup - who knows how long that'll be good for? But merging the best of my past with so much greatness of my present? Priceless...