A new day, a new month, a new year, a new decade — today, they all have come. Two score years ago today, I was chilling out inside a nice little abode, when a light appeared in the sky all of a sudden. I felt a force embracing me, and I was lifted closer and closer to the light… until it was all around me. (Don’t blame me for that — how was I supposed to understand the concept of "twenty-two days late"?)

To be entirely honest, my birthday has never felt completely special to me. After all, what is it really but a marking of reaching about the same point in the earth's orbit around the sun as when one burst forward onto said earth? (pulls tongue out of cheek) It might also have something to do with the fact that it's also my mother's — and that still holds, even though this is now the seventh one after her passing. She would always say that having me on her 31st birthday was the greatest gift she'd ever gotten. I had another view… to me, it was "I don't get my own."

Of course, nature decided to have fun with me by making today sunny and in the low seventies. We're in a refueling outage at work, and I'm on night shift — so it was get home this morning, open the packages my brother sent me, and then to bed, getting up mid-afternoon, and back in to work tonight.

Speaking of those packages: my brother got me three things. The T-shirt and the book of Giants trivia were good, but the third… well, you just have to see for yourself. 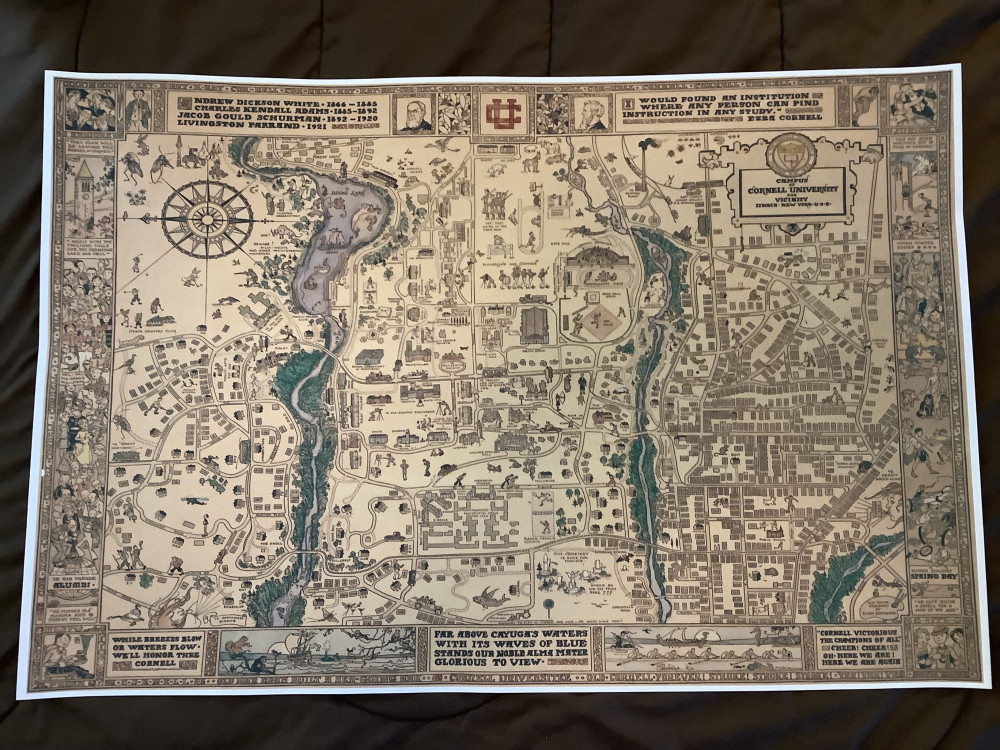 With this poster, he didn't just knock it out of the park — he knocked it right off the face of the clock at the top of Rhodes Hall.

I've come back over here after another attempt at WordPress; given the little blogging I've done in the last two years, it wasn't worth it to renew, especially having a permanent account here. I know I can say I want to change that, but I won't make any promises. I did bring over two posts about going back to my hometown in September 2019 to run the 10K race held there annually. (Part one.) (Part two.) I'm glad I did it then, because the race was canceled held virtually last year due to COVID-19, and this year, as it often does, it overlaps with Homecoming at Cornell. And a return trip to Ithaca in twenty-two weeks absolutely has priority.

The first 20 years ran down a fairly straight path. The following 20 had far more twists and turns. It's time to start the next 20 — let's see what's out there.